For the past six months ENDURO’s long-term tester Klaus has been wielding the Rotwild E1 FS 27.5 as he thrashes through the woods. Aggressive, fast, generous: three words that nail this trail weapon. But let’s find out how the bike has really fared over its first 20,000 altitude metres. 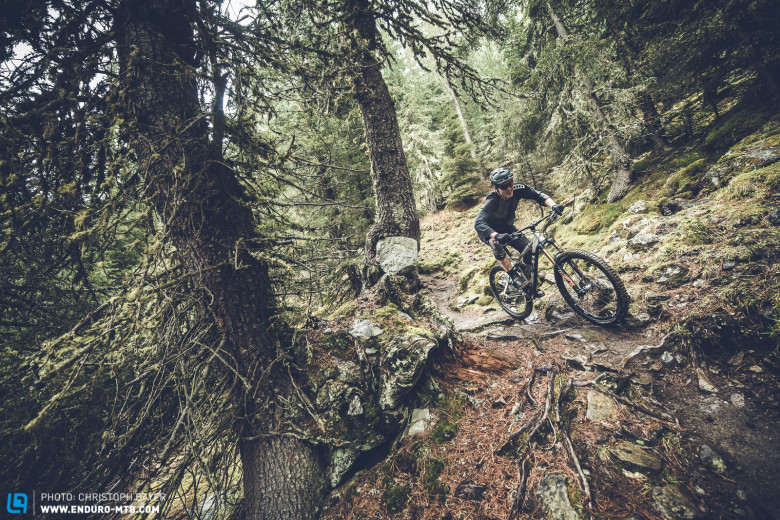 “I’m going to ride so wild this season,” exclaimed Klaus, and that’s exactly why he needed a loaded gun in his hands – but would a long-travel enduro bike suffice? It didn’t take him long to settle on the Rotwild E1 FS 27.5, whose 165mm rear travel and plush 170mm at the front waited expectantly for the wild times ahead.

Rather like a Mercedes G63 AMG 6×6 puttering through the city, the Rotwild only really comes into its own once the ground is tougher, the trails gnarlier and the summits higher. And so, accordingly, its first race was the TrailTrophy in Latsch, South Tyrol. After 3,000 altitude metres of race-pace downhilling, you know exactly why it’s worth huffing this slightly portly bike uphill. And after a snakebite pinch flat cost Klaus vital seconds in the race, he’s subsequently made them tubeless and cut the overall weight by 600 grams, so it’s down to 13.5kg – not bad for a 4,999 € aluminium fireball.

Rotwild made no compromises when it came to the E1 FS 27.5’s spec: the FOX 36 FLOAT 170 RC2 at the front, FOX FLOAT X shock at the rear, Shimano XT brakes and the SRAM X01 11x ensemble leave no room for desire. I mean, seriously, we’re only mentioning them here to highlight just how much Rotwild have invested in speccing the bike to a high level. In the original First Look article (LINK), I went through the stock build in more detail. 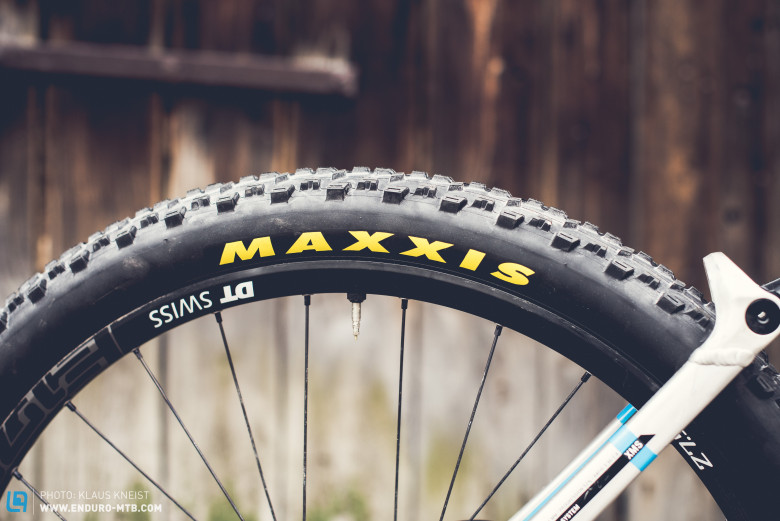 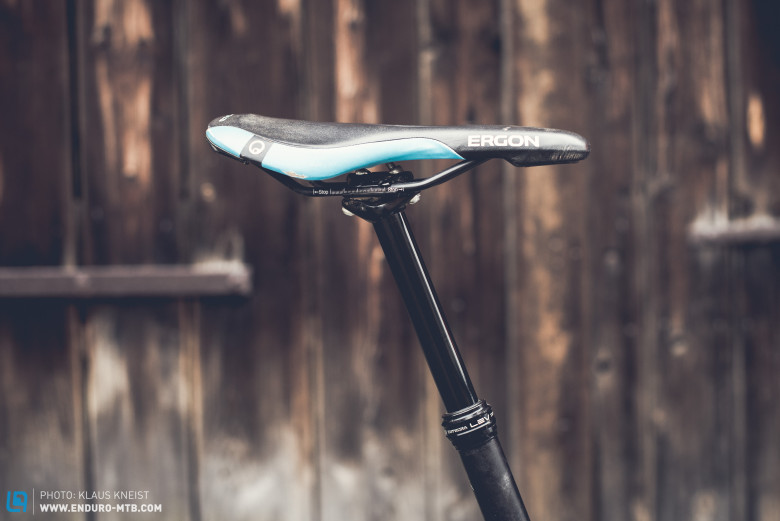 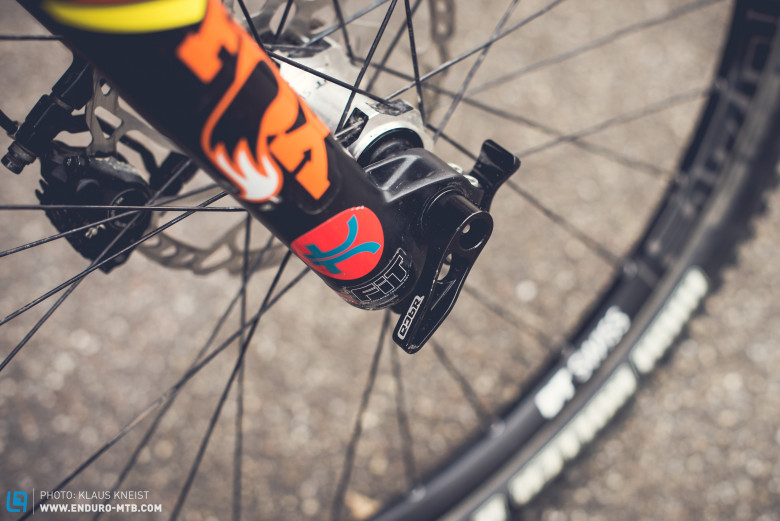 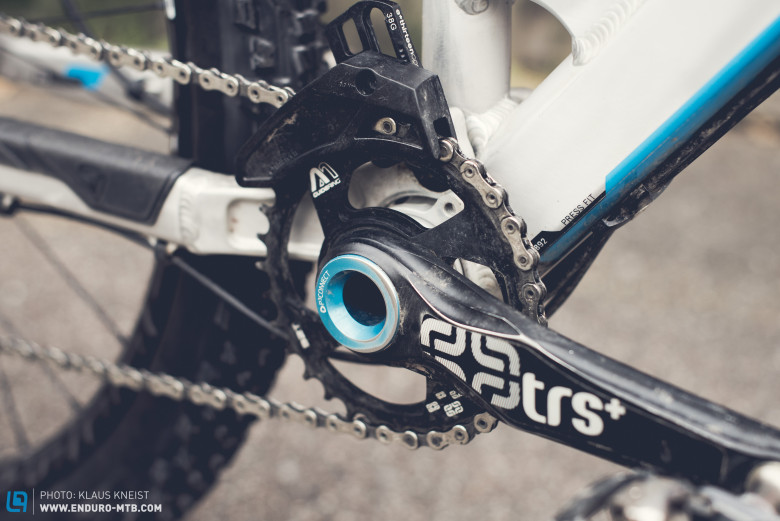 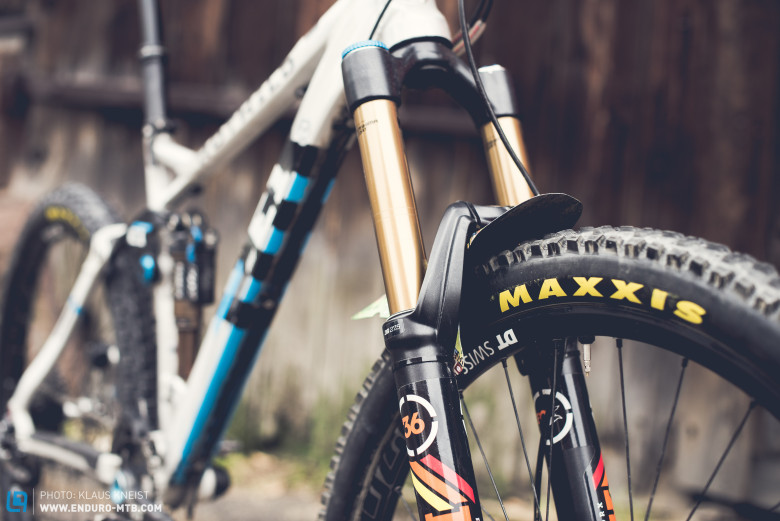 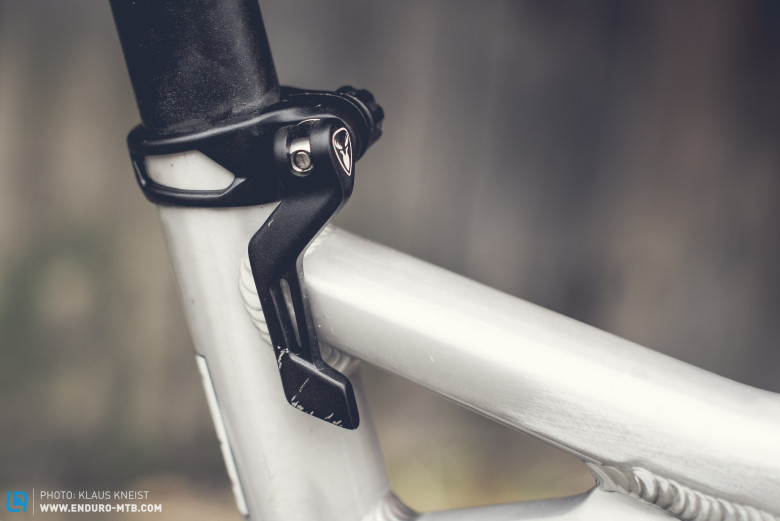 With a chassis developed by ADP Engineering, the construction and design office behind Rotwild, the bike launches spryly up climbs thanks to the four-pivot rear, the clever geometry and the CTD damping setup of the FOX FLOAT X – even if it doesn’t always put its whole mass of travel up for grabs. The riding position is really comfy, with brilliant front-centre stability; meaning long climbs are efficiently tackled. Even on super steep sections the front manages to stay planted on the ground, a feat that’s pretty surprising given the 170mm of travel.

Screaming to be thrashed at high speeds, this is where the Rotwild E1 FS 27.5 really shines. With the 27.5” wheels providing a ton of confidence, the short chainstays (428mm) and 66.5° head angle give you nothing but conviction that you’re going to roll tidily downhill, despite the pretty short wheelbase of 1,171mm. Its superb agility comes courtesy of its low weight and the short chainstays, so cornering is a treat. I ride the forks with 20% sag, and the damper with 30% negative travel, which gives the suspension a super balanced feel. The bike keeps tight to the trail, and shows generous forgiveness to big hits and the occasional poor line choice! At high speeds, you’re in good hands with the Rotwild and thrashing over root gardens has never been this much fun. The only qualm I’d have would be that the long-travel bike tends to respond a little sluggishly on slow, technical sections. 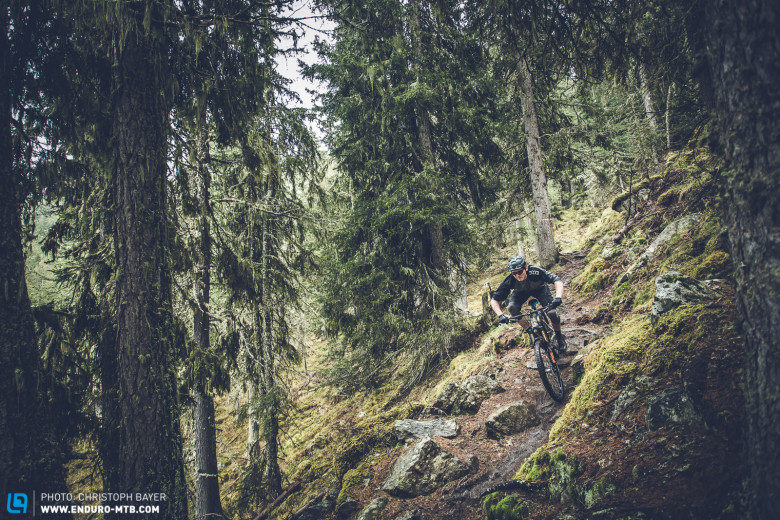 So far, so good. The Rotwild E1 FS 27.5 has taken me hostage and I’m a willing victim. Super well manufactured, I can fault neither the frame nor the parts. If you’ve got mountains on your doorstep and you’re a fan of super fast, gnarly trails then this is the perfect bike for you. For flatter rides with loads of short climbs, then this bike could be a little too much.